Most of us had already heard that the Exynos 8895-based Samsung Galaxy S8 recently outscored the Snapdragon 835’s version in a GeekBench test.

Right now, another benchmark result between this two devices had been revealed as well, with the Exynos 8895 version going ahead of the Snapdragon 835 model once again. The former scored an incredible 174,155 points on the benchmark app, while the latter scored slightly lesser at 162,101 points. Its good to know that the Exynos 8895 model also went ahead of Apple’s iPhone 7 Plus with a narrow win of slightly more than 1,000 points, keeping it at the top of the table currently. 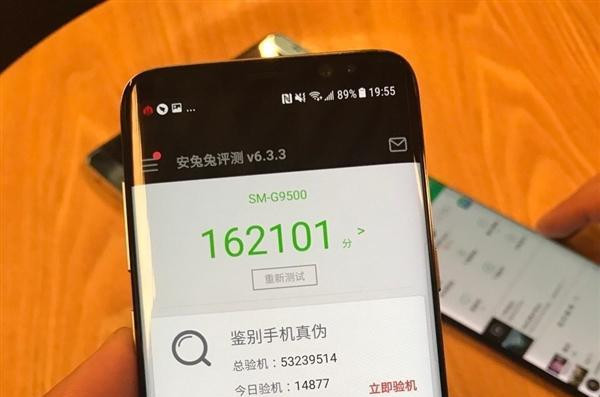 As always, the Galaxy S8 will be shipped with the Exynos 8895 SoC for the international market, while the US version on then other hand will run on the Snapdragon 835 SoC out of the box. Either way, we’re pretty sure that the slight disparity in benchmark score wouldn’t make any observable differences in their performance and they will definitely be nothing more than pure awesomeness.

We shall now wait and see if this new flagship could be a game changer for Samsung this year.