Recently, there have been a massive amount of leaks and rumors surrounding the upcoming Xiaomi Mi6 flagship, although there still isn’t a definitive image of the device being leaked so far. 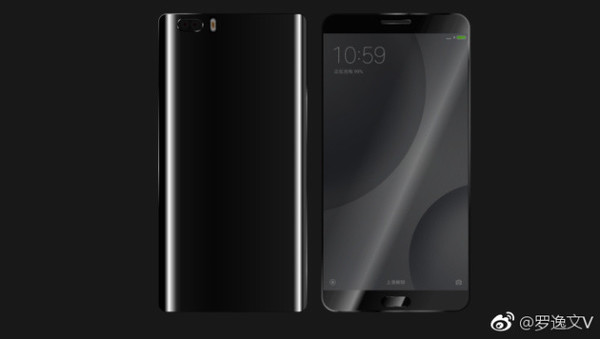 However, things seem to change earlier today after a user from Chinese Weibo allegedly leaked a render of the highly anticipated Xiaomi Mi6 which shows off the device’s front and rear view. As expected, the Mi6 would be coming with a dual-camera setup at the back of the device, if the render we seen above is real. Similarly, it is also obvious that the rear chasis of the device will be slightly curved along its both side, which is probably inspired by the current Mi Note 2.

At the front of the device, it will be featuring a seemingly edge-to-edge display, with Xiaomi’s signature oblong Home button just below the screen. Just in case you missed out, yesterday we just reported another alleged live image of the Xiaomi Mi6, which hinted that the device could be powered by the company’s in-house Pinecone SoC this time round as well.

As always, do take these rumors with just a pinch of salt until there are official information from the Chinese company.