Back in December last year, Xiaomi’s CEO Lei Jun dropped a bombshell that the company’s upcoming Xiaomi Mi 7 will be one of the first smartphones to be powered by the new Snapdragon 845 SoC – putting them ahead of other major Chinese smartphone maker including OnePlus and Meizu. 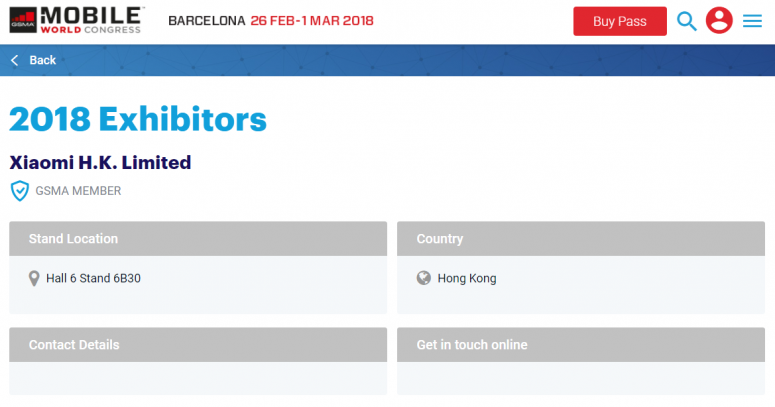 Right now, a new report out of China had revealed that the Xiaomi Mi 7 flagship would be officially announced in February, during this year’s MWC event held in Barcelona. This news came after Xiaomi become listed as one of the exhibitors in the upcoming MWC event which fuels speculations that the Chinese company could be unveiling the Mi 7 during the exhibition. For those who’re interested, Xiaomi’s booth can be located at Hall 6 Stand 6B30 of the event space.

Other than the Xiaomi Mi 7, the highly anticipated Samsung Galaxy S9 and S9+ duo are also some of the few Snapdragon 845-powered smartphones expected to unleashed during the event as well.