Yesterday, we reported that Huawei will be unveiling the new Huawei Nova 3e in China on March 20th later this month. According to the rumor mills, the Nova 3e is nothing more than the rebranded version of the Huawei P20 Lite which we’d been hearing for the past few months. 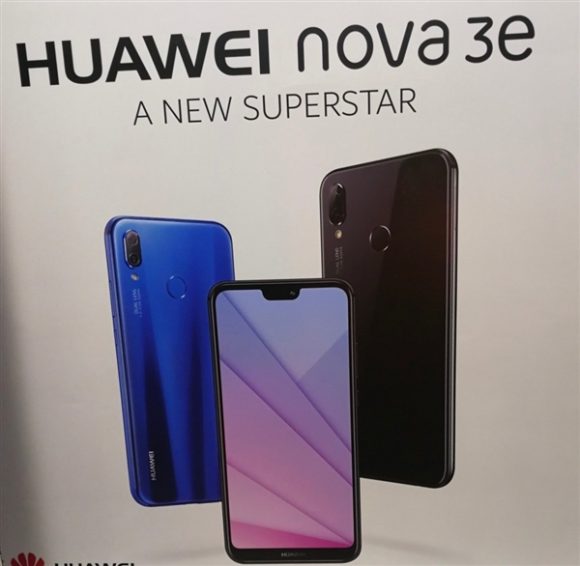 Right now, a promotional poster of the Huawei Nova 3e had apparently been leaked as well – reaffirming that the earlier rumors are actually true. This however, isn’t anything surprising since Huawei already has a long track record of rebranding their smartphones in different markets.

For the benefits of those who’d missed out, the Huawei Nova 3e is expected to come with a 5.6-inches display with a 2,250 x 1,080 pixels screen resolution and a 18:9 tall aspect ratio. The device is expected to run on the Kirin 659 SoC alongside 4GB of RAM and 64GB internal storage space in its memory compartment. Camera-wise, the device will features a 16MP+2MP dual-camera setup on its rear chassis. To keep the device ticking, there is also a 3,350mAh non-removable battery under the hood to support hours of continuous usage on the go.