HMD Global had debut the Nokia 3310 (2017) with 2G connectivity in February last year through the Mobile World Congress (MWC) tech exhibition. Few months later, the company had launched its 3G variant in some markets. Today, it has officially debuted the Nokia 3310 4G edition in China. 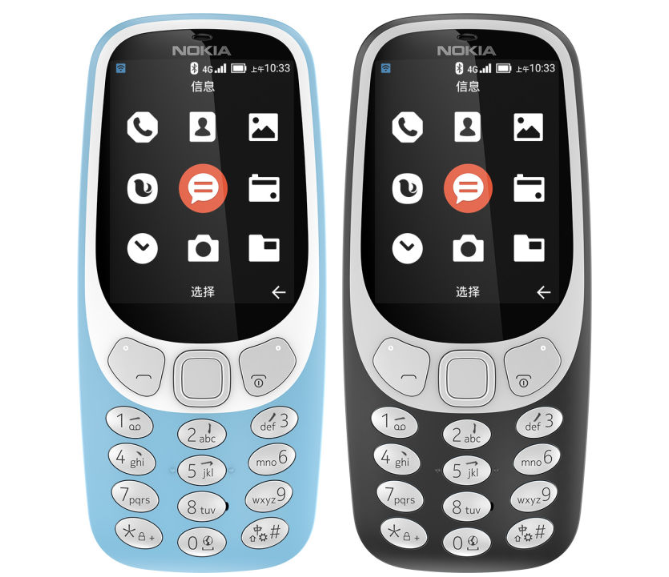 The Nokia 3310 4G features a 2.4-inch display that supports 320 x 240 pixels resolution. It supports up to 64 GB of microSD card and it also comes in internal storage variants of 256 MB and 512 MB. It comes loaded with YunOS. For photography, it features a 2-megapixel rear camera with LED flash. The main improvements that have arrived on the smartphone is YunOS (a customized version of Android), 4G LTE, Wi-Fi, Wi-Fi Hotspot and Bluetooth 4.0.

The dimension of the Nokia 3310 4G are 117 x 52.4 x 13.35 mm and its weighs 88.1 grams. It will be available in colors like Fresh Blue and Dark Black. In China, the Nokia 3310 4G will be exclusively available through China Mobile. As of this writing, there is no information available on the pricing of the phone. However, it is expected to start selling in the home market starting from next month. Also, the Finnish firm is likely to unveil its global edition at MWC 2018 at the end of February.