The Xiaomi Redmi 4, which was recently spotted in a couple of leaked images, has been set for a November 4th unveiling date according to the press invites released by the Chinese company earlier today. 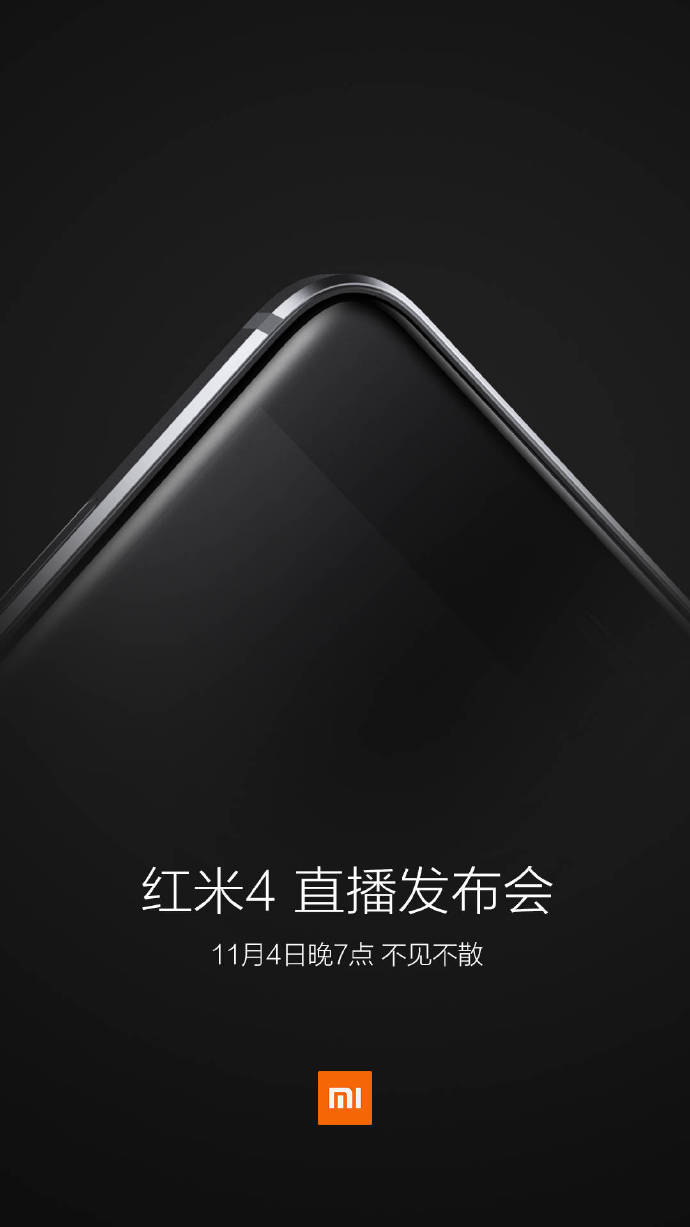 In case you’d missed out, the Redmi 4 is expected to be featuring a 5? FHD display which will be powered by a Snapdragon 625 SoC along with 3GB of RAM and 32GB internal storage space in its memory compartment. Camera-wise, there will be a 13MP shooter at the back as well as a 5MP sensor at the front for selfies and video calls. A 4,000mAh power plant is available to keep its lights on for a decent amount of time.

If you’re interested in getting this device, its good to know that it will be coming with a trio of color options which include Gray, Gold and Silver. Till then, we will be able to learn about its official pricing as well as its release date so stay tune for more updates!